We're a quantitative trading firm, established in Singapore back in 2014. We build automated trading systems fueled by data-driven quantitative analysis to achieve stable and sustainable investment returns. Our engineering teams do what humans do best – create algorithmic decision processes in order to achieve what no human trader ever could in today’s fast-changing, unbelievably complex financial world.

Presto Labs was founded in 2014 by Yongjin Kim, Yongwoon Cho, and Jaewon An, three partners with a common drive: to build a better automated trading system.

Yongjin began his algorithmic trading career at Jump Trading after graduating MIT in 2009. In his time as a junior trader, he created and managed automated trading strategies based on scientific methodologies in global derivatives markets.

Yongwoon fell in love with programming back when computers booted off floppy disks. He wrote his own video games and won several programming contests on his way to studying computer science at KAIST and then interning at Google.

Jaewon started programming at age 10. He won a gold medal at the Korea Olympiad in Informatics in 2000 and was an ICPC World Finalist in 2010. He studied computer science at Sogang University and then interned at Google.

By the time Yongwoon and Jaewon met during their internships at Google, they had both been toying with algorithmic trading strategies in the Korean derivatives market. They quickly discovered their shared belief that a fast and reliable data-driven system was the future of trading, and it was clear they needed an experienced trader to help them take things to the next level – so they called their old friend Yongjin. It wasn’t long before the trio knew it was time to found a company together.

Today, Presto Labs has grown to more than 35 employees. World-class engineers and researchers share offices in Singapore, Shanghai, and Seoul.

Data is at the core of everything we do. And every bit and byte is sanitized and cross-validated before research can begin.

We love fresh ideas and new perspectives. But before any new strategy or predictive model can be considered, human bias must be removed. Then the algorithm must be made verifiable.

You can’t understand what you don’t analyze. That’s why one of our most important processes is minding the gap between simulation and real-life, and adjusting as needed.

There are plenty of third-party trading solutions out there, but we couldn’t find the one we were looking for. So we built our own. And we’re still building it – continuously analyzing our trading process from start to finish, making it faster, more reliable, and more scalable.

Our risk management system enables safer trading operations and has been applied to the in-house trading platform. Orders are only carried out within the agreed risk parameters and are monitored in real-time.

This is the Formula 1 of trading. We receive new market data, and less than a few microseconds later, the order is sent. HFT is incredibly challenging, and our engineering team is constantly balancing data, algorithmic complexity, and hardware limitations. Fortunately, they thrive on that stuff.

A marathon is won one step at a time. When we’re thinking long term, like in the case of portfolio management, our focus is on methodically creating robust prediction models out of solid statistical research. We always use a wide variety of data, stored and managed in a reliable way – a key component to making more robust portfolio strategies.

We contribute to the stabilization of the financial market by providing liquidity with our market making strategies. Fast and accurate execution of the orders is very important for this type of strategy. As a market-making participant, we’re cooperating with several exchanges around the world to help create a better trading environment with sufficient liquidity.

Presto Labs team members are given the freedom and support they need to showcase their creative talent while pushing the company ever forward. Our working environment is open, our hierarchy is flat, and we do everything we can to encourage great ideas.

From pitch to implementation to revision, as fast as possible. When you work with us, you can forget about necessary formalities and dress codes. Instead, you’ll focus on what matters most – great ideas.

Markets change fast, and we push ourselves to change with them.
What looks like chaos and uncertainty to some often looks like an opportunity to our small, agile team.

Amazing things happen when smart people work together towards a common goal.
We learn from each other and develop things that would have been impossible alone.

Team members are encouraged to ask tough questions and deliver smart solutions.
Because that’s the only way to improve our trading system

We’re always looking for new ways to become more efficient in everything we do.
We love automation – it’s how we’re able to accomplish so much with such a small team.

Great ideas. Always wanted.
The Presto Labs team is made up of world class engineers and researchers.
We love bold ideas, and because we’re an agile team, brilliant ideas get implemented fast. Are you ready to get to work? 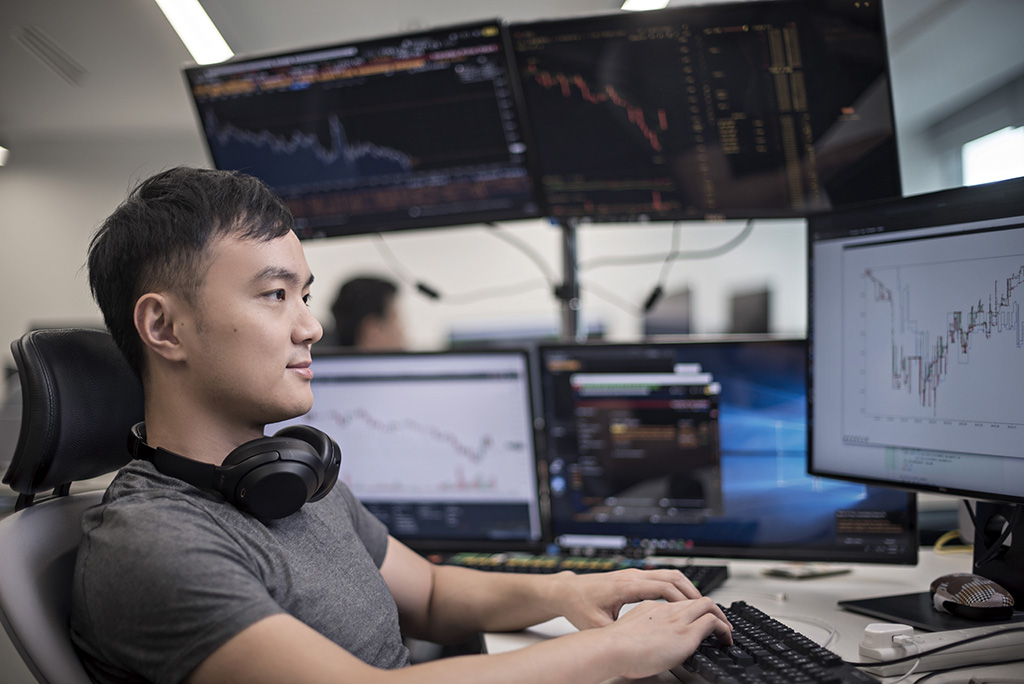 I work as an Algorithmic Trader at Presto Labs, Singapore Office. I studied engineering at the National University... 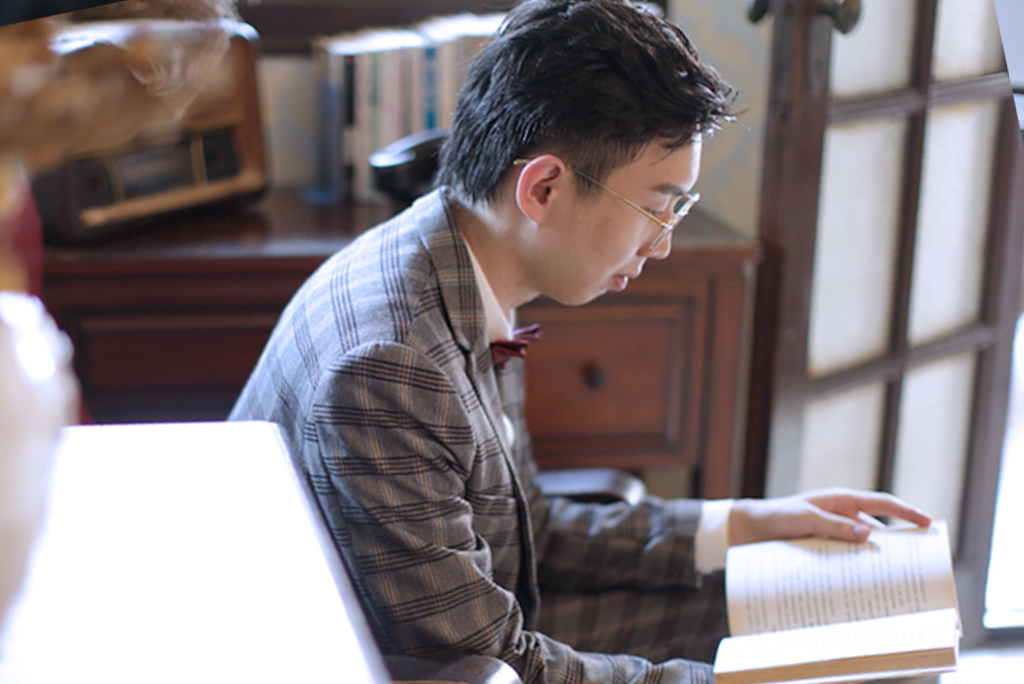 I'm a Quant Researcher in the Seoul Office. I majored in statistics at Seoul National University. and have a ... 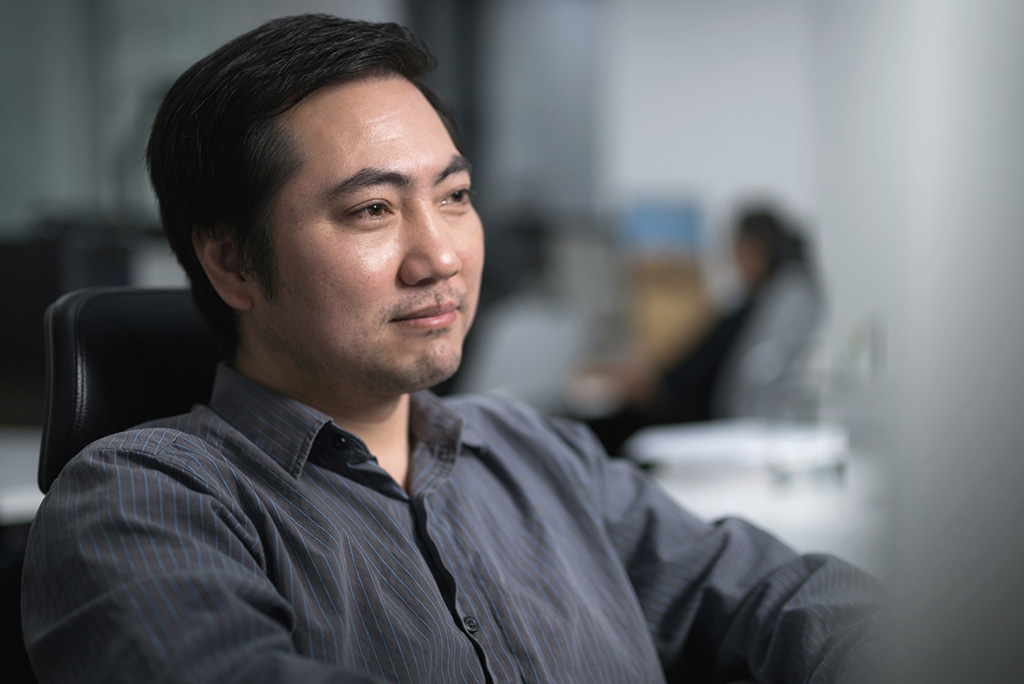 I work as a Software Engineer at the Shanghai Office. I got my Ph.D. in Electrical Engineering from the University ... 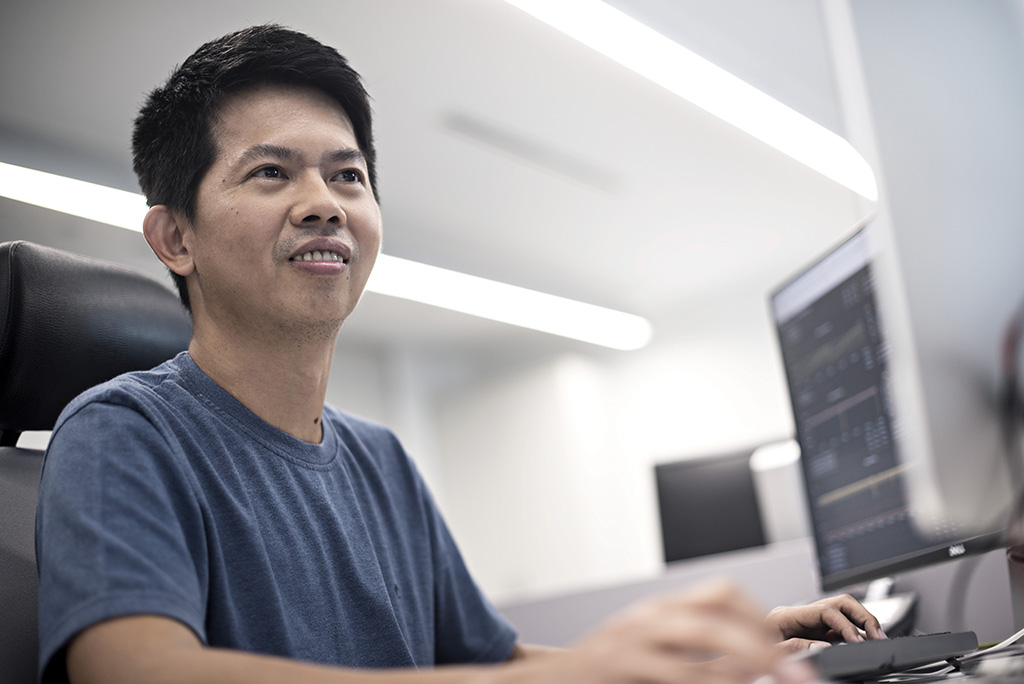 I work as an Infrastructure Engineer. I studied computer science in Indonesia and worked for Citibank and ...

I work as an Algorithmic Trader at Presto Labs, Singapore Office. I studied engineering at the National University of Singapore and enjoy solving algorithmic puzzles as a hobby. Working here is great fun, and here are a few reasons why:

First of all, our work is the perfect balance of creativity and precision. We stay updated with new markets to develop new trading strategies, but we also spend hours digging deep down into our trade logs to figure out how to improve existing strategies. I never feel like I've wasted time or effort at work.

Secondly, it feels great to work alongside super-talented people We all come from diverse backgrounds, and we’re all experts in our fields.

Last but not least, is the appreciation and respect we have towards each other's work. Everyone is contributing to our shared goals, and constructive feedback is always welcome.

I'm a Quant Researcher in the Seoul Office. I majored in statistics at Seoul National University, and have a deep understanding of machine learning. My main interest is pattern recognition – I love finding the statistically significant patterns in huge amounts of data.

Quant research is all about using a variety of statistical methods to develop and test quantitative trading strategies. I love playing with a bunch of different metrics and models to figure out better, more robust trading signals to predict the fast-changing financial market.

It's not easy because financial data has a lot of white noise and the market is constantly changing. But that just means it’s even more satisfying when we find a really good prediction model. And rewarding – because that can turn into huge profits.

From my point of view, Presto Labs has three main advantages:

First, we’re always giving and receiving feedback. We're open about our strategies and discuss them freely. This helps us choose the best options while reducing false-positives.

Second, the work we do is evaluated quickly and effectively. Our carefully designed infrastructure, including data hardware and execution systems, helps us ensure success in trading strategy research.

And finally – our team culture. We share ideas on all kinds of subjects with each other, and we all feel free to ask questions.

I work as a Software Engineer at the Shanghai Office. I got my Ph.D. in Electrical Engineering from the University of Delaware and joined Presto Labs after a few years of working as a Research scientist at Alcatel-Lucent, and then as a software engineer at MQT Investment.

After applying to Presto Labs, I did four rounds of interviews – first there was a phone interview, then a coding test, and then two on-site interviews with the CEO and CTO. Eventually I joined as a member of the Core Development Team.

Before joining Presto Labs, I had little experience developing algorithmic trading systems. Fortunately, during my first year I had plenty of time and support to learn everything I needed to know.

We have a fantastic engineering culture here. Everyone likes to discuss and share their knowledge to help each other grow. My colleagues and I often discuss what good code looks like. It’s a small team, so we all know each other pretty well. There's no complicated company hierarchy, and I can speak to anyone directly about work issues, or just chat.

My daily work involves developing and maintaining our trading systems. I do a lot of coding and communicate extensively with other engineers and quant researchers. Sometimes it’s stressful, but when I see the whole system up and running, I always feel a sense of pride and accomplishment.

I enjoy working with young, skilled, and talented people. Our team is growing larger and larger, and as an engineer, I'm growing with it.

I work as an Infrastructure Engineer. I studied computer science in Indonesia and worked for Citibank and Google before joining Presto Labs.

I start my day by checking our monitoring dashboards to ensure the servers are operating normally. Occasionally when an error occurs, I work with my colleagues to identify the cause and discuss ways to solve it and prevent it from happening again. Responding to unexpected errors can be difficult because I need to look at things from a new point of view. However, it’s fun sharing my ideas with colleagues and learning new things during our problem-solving process.

If there are no errors, then I start working on the highest priority tickets. These could be for production machines setup, hardware replacement, configuration management, or various system administration tasks.

Presto Labs is as much a technology company as a trading firm. Innovation is our keyword, and we’re continuously adapting to cutting-edge technology. There are so many opportunities for me to learn about all the latest technology here, and even better, our management is always open to new ideas and suggestions.